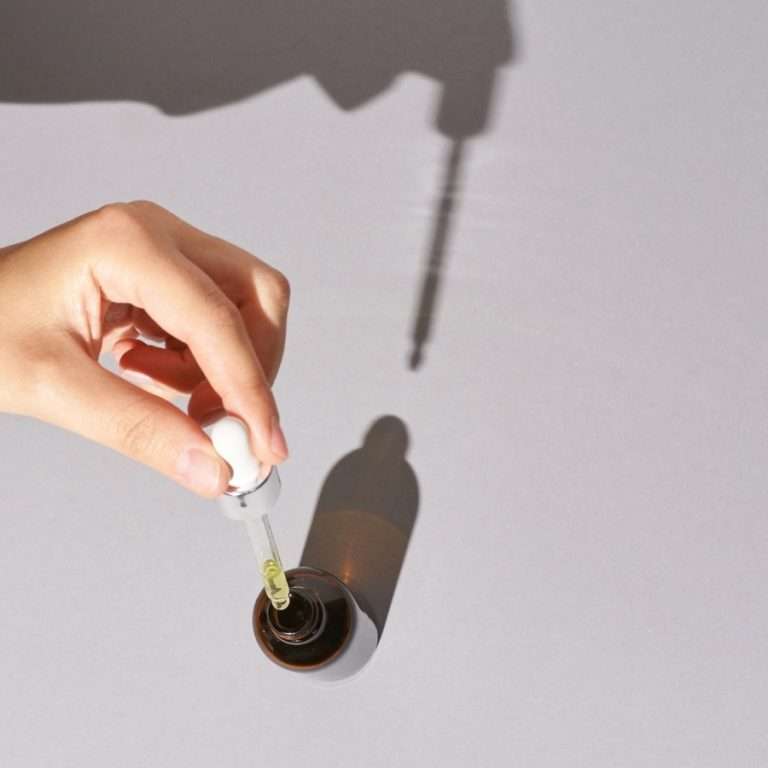 Long and thick eyelashes can make your eyes pop and enhance your natural beauty. Several factors can affect lash growth, from genetics to a vitamin deficiency or excessive use of eyelash extension glue. But, have you heard about applying castor oil on eyelashes?

Castor oil is a popular home remedy to promote lash growth, and for good reason! Read on to find answers to questions such as:

What is castor oil?

Castor oil is a viscous pale yellow oil made from the beans or “seeds” of Ricinus communis, the castor plant. Castor oil has been used for thousands of years by people the world over. Including the legendary Egyptian queen Cleopatra, who thought the oil would make the whites of her eyes brighter and more luminous.

Before we go any further with the topic of castor oil on eyelashes, we need to discuss the different types of castor oil available.

There are two types of castor oil, yellow and black castor oil.

With yellow castor oil, the manufacturer uses cold pressing to extract oil from fresh castor beans from the Ricinus plant.

Black castor oil is different since the beans go through a roasting process first.

It’s hard to determine what kind of oil is the best castor oil for eyelashes since there are no studies that compare the two. But you should know that heat can increase the concentration of saturated fatty acids while decreasing the cis-unsaturated fatty acid content.

The benefits of castor oil

Castor oil is rich in ricinoleic acid, a natural moisturizer. Applying it to eyelashes creates a healthy environment that supports lash growth.

Other benefits of castor oil include:

Castor oil can help lift and remove makeup residues that clog pores and affect eyelash growth. In fact, you will see castor oil at the top of the ingredient deck in many oil cleansers.

Castor oil can also form a protective barrier that will protect the sensitive skin on your eyelids from skin infections and other issues.

The oil will also coat the eyelashes, which can contribute to making them look fuller and longer.

Castor oil is readily available online and in stores but the best part is that it’s an inexpensive and versatile product. You can, for instance, use castor oil for eyelashes and eyebrows.

A study also found that castor oil could inhibit a lipid that is partially responsible for hair loss. It’s hard to determine how well castor oil works for hair loss without more research, but this natural remedy could be a good option if you’re struggling with growing full lashes due to genetics.

Is castor oil safe for eyelashes?

Castor oil is generally safe to use on your skin, hair, and eyelashes. But, you should know that there aren’t many studies on the topic.

The good news is that applying castor oil on eyelashes is common, and most people don’t experience any issues. If there were significant health concerns or side effects associated with castor oil for eyelashes, more people would report problems since it’s a popular beauty home remedy.

Like with any oil, it’s possible to experience an allergic reaction when applying castor oil. It’s best to start with a small quantity to see how your skin reacts.

You can learn more about how safe castor oil is in this video, where an ophthalmologist discusses this popular beauty remedy.

How to apply castor oil on eyelashes

Knowing how to use castor oil for eyelashes is vital so you can get the best results from using this natural remedy. Applying castor oil to eyelashes is easy, and you can easily incorporate it into your current beauty regimen.

Here’s a step-by-step guide on how to apply castor oil to eyelashes:

Because castor oil can lift makeup and make it difficult for mascara to adhere to your lashes, it’s best to follow this beauty routine before going to bed.

How long does it take for castor oil to work on eyelashes?

It can take anywhere from 4 to eleven months for your eyelashes to go through these three growth stages. The duration of these phases can vary a lot based on age, genetics, health, and other factors.

Castor oil will support growth during the anagen phase but will not speed up the catagen and telogen phases. Your lashes won’t enter these phases at the same time, which means you’ll typically have to use castor oil for a few months before you see a difference.

You can see spectacular castor oil eyelashes before and after transformation if you start applying castor oil when most of your lashes are in the anagen phase.

But it could take a few months to see a difference if your lashes go through a lengthy telogen phase.

Can I put castor oil on my eyelashes every day?

As long as you’re not experiencing irritation or seeing signs of an allergic reaction, it’s perfectly fine to keep using castor oil daily.

You’ll get better results if you’re consistent with your use of castor oil on eyelashes since it can take a while for this product to start working.

Castor oil isn’t the only product you can use to get longer and thicker lashes. You can find a wide range of oils and growth serums for eyelashes on the market.

Coconut oil is another one of our favorite all-natural options to support eyelash growth.

Like with most beauty products, you get what you pay for with a lash serum. The quality of the outcome largely depends on the ingredients used.

A quality eyelash serum can yield better results because it will condition and nourish lashes with a more comprehensive formula than castor oil alone. It’s a great option if you’re suffering from a vitamin deficiency.

Though castor oil has the benefit of being more affordable and containing fewer ingredients that could irritate your skin.

Is castor oil good for eyelashes? The answer is yes. Castor oil is a popular remedy for promoting eyelash growth because it’s safe to use and generally yields good results if you use it regularly.

Besides hydrating and protecting your skin and lashes, castor oil contains ricinoleic acid, an ingredient that can soothe inflammation.

The main downside of castor oil is that it can take a few months to work since lashes tend to grow slowly. If you want to get fuller lashes, the best thing to do is get started as soon as possible with a daily application of castor oil!

Laura enjoys writing about beauty and fashion. Her favorite city is Barcelona and her favorite food is Italian pizza. When not writing you can find her enjoying reading a good book with her French Bulldog.